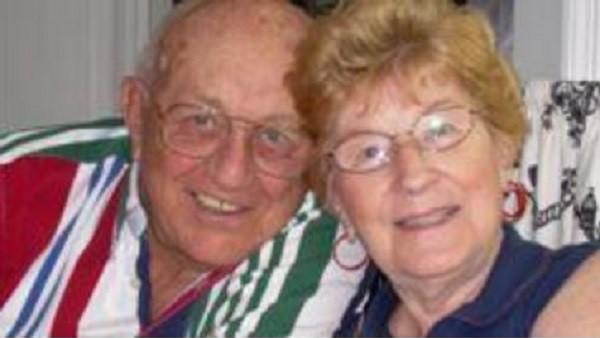 Delta Air Lines should have known better than to give a gun to the man who ended up slaughtering five people in the Fort Lauderdale airport, according to a new lawsuit.

Esteban Santiago was unruly and argued with other passengers on a flight to Fort Lauderdale, then retrieved his checked gun from Delta, loaded it in a restroom and started shooting in a baggage claim area on Jan. 6, 2017, the lawsuit says.

Santiago’s behavior on the plane should have raised red flags, said attorney David Di Pietro, who represents the family of slain traveler Olga Woltering, of Georgia.

“Santiago was not the typical passenger, and Delta ignored the warning signs: a young male, traveling alone, on a one-way flight, with no luggage other than his firearm, arriving for a domestic flight four hours early,” Di Pietro said.

The family filed suit this week in Broward Circuit Court against four entities including Delta, the Broward Sheriff’s Office and the Broward County Commission, which oversees the airport’s operations. The suit appears to be the first filed by a victim’s family in connection with the shooting.

“Delta is saddened by the 2017 Fort Lauderdale tragedy but has no other comment at this time,” said Morgan Durrant, a Delta Air Lines spokesman.

Santiago, then 26, took a one-way flight from Alaska, checking only a handgun and ammunition in a locked case, authorities said. He collected his semiautomatic 9 mm handgun at a Delta Air Lines service desk, officials said.

Di Pietro said Santiago’s behavior during his flight to Fort Lauderdale should have raised flags to Delta, saying he was “disruptive and unruly, and started arguments with other passengers, all in the presence of Delta’s flight crew. Yet when he landed, his weapon was returned to him as if nothing had happened,” the attorney said in a statement.

The lawsuit faults the county, alleging it illegally allowed Santiago to collect his gun within the terminal to leave the airport. It should have been delivered outside the building, the attorney said.

Federal law allows people to check in a gun in certain states, Di Pietro said. But if passengers are armed, there needs to be precautions in place, Di Pietro said, such as off-duty officers delivering the firearms and then escorting the people out of the airports, which is done now in Broward County.

The lawsuit does not seek specific damages but he will ask a jury for damages for “pain and suffering.”

Broward Sheriff’s Office spokesman Veda Coleman-Wright said the agency doesn’t comment on pending litigation, and an attorney for the county could not be reached for comment.

Woltering, 84, had flown into town on Delta Flight 1465, cashing in 27,500 of miles perks for the free seat. The British-born churchgoer was in Fort Lauderdale to go on a family cruise on Holland America in honor of her husband’s 90th birthday.

The couple was supposed to fly out Jan. 7, but moved it up a day to avoid expected bad weather in Atlanta. The cruise was scheduled for Jan. 8.

But she was shot in the head at the airport, while sitting in her wheelchair at baggage claim, according to the lawsuit. She fell to the floor and died instantly. Her husband, who had dropped to the floor when he heard the shots, crawled to his wife, trying to speak to her, realizing she was dead.

Woltering’s husband has been “living a nightmare” since her death, according to the lawsuit.

She met her husband when she was 19; he was serving as a jet mechanic stationed in England as part of the U.S. Air Force. She was a mother of four, and had nine grandchildren and eight great-grandchildren.

“In the blink of an eye, Santiago violently ended the Wolterings’ 64-year marriage and stole from their family their mother, grandmother and great grandmother,” Di Pietro said. “After she was struck and killed by Santiago’s gunfire, her husband remained with her lifeless body for hours while authorities secured and investigated the scene.”

Santiago, who surrendered to law enforcement immediately, admitted shooting the victims, according to the FBI.

He initially told agents that he acted under government mind control but later said he was influenced by reading propaganda posted online by the Islamic State group.

So far, authorities have not found any links to organized terrorism.

Santiago, who is now 27, is scheduled to go to trial in June. Santiago, who is locked up in the Federal Detention Center in downtown Miami, is taking prescription medication to treat his diagnosis of schizophrenia.

As two of the highest profile trials in the United States progress, the path that…

Florida is well known as the nation’s hotspot for probate, largely due to its aging…

Bam Jackass Lawsuit – A Contract Attorney’s Perspective Over the past two decades, the Jackass…